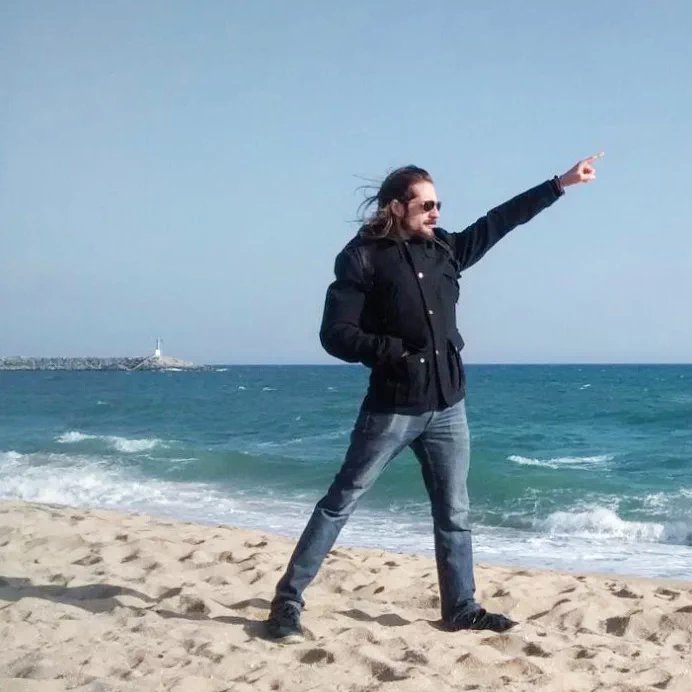 This day –two years ago, was just a rough one.

In the last few days, my gut has had enough of too much caffeine, ‘organic’ tobacco and nootropics.

I was then set to fast until the 30-hour trip would be over.

Yes, I was aware that I’d have to be stressed out before becoming a digital nomad… But this was way (WAY!) beyond anything other stressful experience I’ve had in my life.

I had a plane to catch in the next few hours, and my luggage wasn’t ready at all.

The house is THE MESS (sorry for that Sara!) and I still haven’t finished to clean it out of my belongings. So I make a big pile of stuff and call an almost-homeless neighbor, which will take care of it. I call a friend, he’ll take care of the rest.

From one minute to the other, the entirety of my material things fit in three pieces of luggage.

Running against the clock, I’m trying to finish putting what’s left in one of the largest suitcases. I become super focused, in order to get this done.

So I missed the fact that my neighbor downstairs was expecting to sleep at that time.

I become aware of this when she starts kicking repeatedly on my door, calling me names. I politely respond from behind the door: ‘sorry for this. you’ll never ever have to care about me from now on since I’m moving outside the country’.

Unsatisfied with the response, she let me know that police was underway.

I resume packing activities and at 3 a.m. I call a cab and start moving the suitcases downstairs. Police was, in fact, at the door. Nevermind–I think, one thing at a time.

Luckily, they took off just minutes away from the cab arrived.

From there on, dropping the apartment keys and rush to the airport. Twenty kilos overweight luggage, I get it.

I was able to eat again after sleeping the whole 12-hours of my flight to Germany. The worst part has passed and I’m just starting to realize what the hell has just happened:

Since then, I moved approximately fifteen times in three years. I lived in five different locations inside Spain; then Bali (Indonesia), Melbourne (Australia), two moves inside Buenos Aires (Argentina) and now, Santiago (Chile).

Truth is that this adventure started in early 2011, when I took the decision of becoming a global citizen.

With this goal in mind, I started several projects that left me almost broke.

But I kept pushing.

Now, after all these years, I can look behind and see all the decisions; experiences that made me the person that I am now. All the friends that I gained, all of the friends I lost.

And the overall result is overwhelmingly positive.

So I want to just say THANK YOU to Life, for putting me on this path. THANK YOU to all the people that contributed in one way or the other to make this dream come true (Ana, Silvio, Sebas, Nick, Daniela, Laia, Aníbal, Fer, Amy, Tomy and a lot more.)

I guessed that the best way of thanking was sharing this short story, as a way to encourage everyone to start choosing what kind of problems you want in your life.

After all, as Marcus Aurelius said:

“What stands in the way becomes the way.”

Why I Say ‘Happy EVERYONE’S Day’